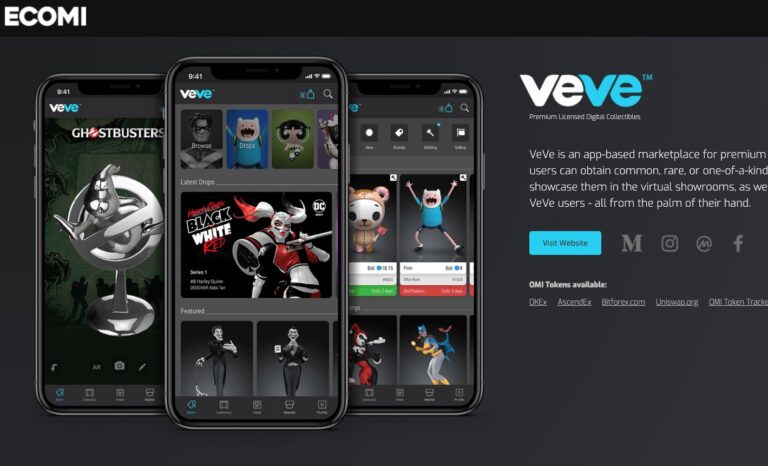 VeVe is “an app-based marketplace for premium licensed digital collectibles.” Using VeVe, it is possible to “obtain common, rare, or one-of-a-kind digital collectibles, customise and showcase them in the virtual showrooms, as well as buy, sell or trade collectibles with other VeVe users – all from the palm of their hand.”

VeVe “offers the world a new way to participate and interact with their favourite fandoms, with officially licensed, premium 2D and 3D digital models and artworks from some of the worlds biggest brands, including DC, Cartoon Network, General Motors, Givenchy, Warner Brothers, Universal Studios and more.”

In a blog post published on 24 June 2021, ECOMI explained the purpose of the $OMI token:

“Transactions within the VeVe digital collectibles platform are underpinned by the OMI token, which is complemented by an innovative burn and buy-back system based on the sale of NFTs. With future staking opportunities and a range of additional incentives designed to maximise both the utility and scarcity of the token, the OMI token offers a range of utilities within the ecosystem that will continue to be integral to the app’s operation, whilst maximising value for token holders.“

The token generation event for $OMI “took place in May 2019, with a total supply cap of 750 bn tokens,” of which nearly 450 bn “will never enter circulation.”

Who Is the ‘Dogecoin Millionaire’?

In April 2021, Glauber Contessoto told CNBC’s “Make It” that after learning about the meme cryptocurrency on Reddit, on 5 February 2021, when $DOGE was trading around 4.5 cents, he invested over $180,000 in Dogecoin.

Contessoto said that there were three main reasons why he decided to invest in Dogecoin: (1) he loved the Dogecoin community on Reddit; (2) he liked the “Shiba Inu” meme; and (3) Elon Musk’s Dogecoin advocacy.

Contessoto told CNBC that since “he didn’t have disposable income to buy dogecoin,” he “not only used all his savings, but he also sold all the stock he owned, including shares of Tesla and Uber, and invested on margin by borrowing money from Robinhood via the app.”

On 16 April 2021, he took to Reddit to make a post titled “Hey guys I just became a Dogecoin millionaire” in subreddit “/r/dogecoin”.

Interestingly, some of the details of his alleged Dogecoin purchase were different here from what he told CNBC for the article they published on April 22.

According to what he told CNBC, he has no plans to sell his Dogecoin holdings any time soon:

Last month, Contessoto gave an update on his life and crypto investing for an episode of Graham Stephan’s “The Iced Coffee Hour” podcast.

Here are a few highlights from that interview:

Dogecoin Millionaire Explains Why He Is ‘Very Bullish’ on ECOMI

Yesterday (March 6), Contessoto released a video on his YouTube channel in which he talked about ECOMI, VeVe, and VeVe’s utility token $OMI:

“I just am heavily invested in them and the VeVe network, and what I think they’re doing with the VeVe platform. So I like to talk to you about OMI now for the extent of this video and kind of share some of the things that I know about it, and why I’m so bullish on OMI…

“OMI is actually short for ECOMI and ECOMI is a Singapore-based technology company that is in the digital collectible space. They created VeVe… VV is a marketplace where they sell NFTs that they have licenses with big names like Disney, Marvel, 007, DC Comics, Coca Cola, USPS, Ghostbusters, Universal, you name it, they’ve got licenses.

“OMI is actually the utility coin that’s behind VeVe… When I say, I’m heavily invested in ECOMI, it’s because I’m heavily invested in what they’ve created and what they made with VeVe and how I see that happening and how I see that just getting bigger and bigger in the future… because I see NFTs becoming a big thing here in the next couple of years.

“I see collectibles in that space becoming a big thing. I see people investing more and money in that, and VeVe is just a great platform. I personally have invested about $50,000 in ECOMI… This was right before they integrated with the Ethereum network, which they have now… I’ve heard there’s rumors that they might be partnering with Coinbase. I don’t know if that’s true or not. There’s rumors that… they’re going to be having the the ability for you to change out the gems, and gems… is what you use in the VeVe app to be able to buy and sell collectibles…

“A dollar is equal to one gem, right? You can buy plenty gems on the platform and buy NFTs, but you can’t actually sell those and get back to dollars… It’s still in the app. So, they’re creating a way for you to be able to take that out of the app in the future and OMI is going to be replacing the gems in order for you to buy and sell things, which is going to give it even more utility and have it go up in price because of that. 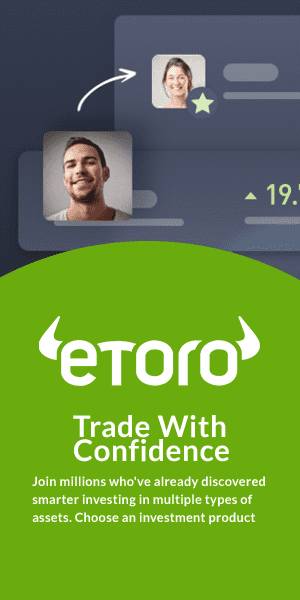 Disney100 At D23 Expo, it was announced that Disney100: The Exhibition will open on February 18, 2023, at The Franklin Institute in Philadelphia, Pennsylvania, with...